Naoto Usami received his B. E., M. E. degrees in electrical engineering from The University of Tokyo, in 2014 and 2016, respectively. He is currently working toward the Ph.D. degree at the Department of Electrical Engineering and Information Systems, The University of Tokyo. He is also a research fellow (DC2) of Japan Society for the Promotion of Science from 2018. In 2014, he had been serving as a sub project manager for realization of Deep Space Sculpture ``DESPATCH'' which was a part of Artsat project. His current interest includes antenna design, micro remote powering, micro and nano fabrication. Now, he participates in Programmable Matter project as an electrical engineer and is engaged in developing millimeter-scale catoms. 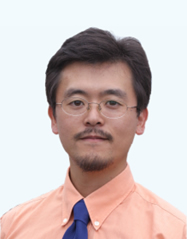 Involved in the design and fabrication of MEMS.